A Day in A Life of A Behavioral Therapist 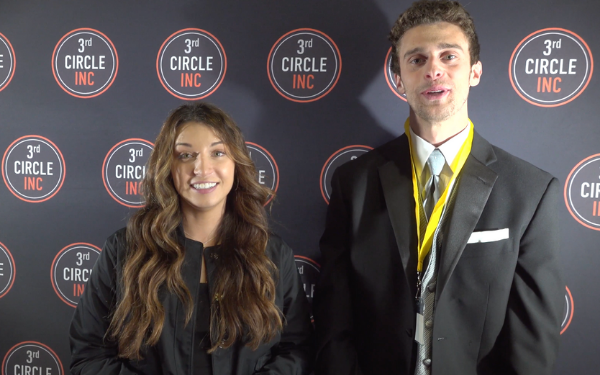 Before I was introduced to the work of Rex Sharkey by my dear friend Lynn Abaté-Johnson, I did not know what a Behavioral Therapist (BT) was. And apparently, Rex did not know it was a career path until it literally found him.

Rex was in school studying communications and when he graduated, he went into sales. While he liked the initial challenges, he didn’t love the ups and downs of having to meet sales targets. While the cold calls put him outside of his comfort zone, he appreciated the opportunity to learn new skills. But many days felt like a grind.

A colleague invited him to volunteer at the Friendship Circle. It was an opportunity to spend time with young adults and teens with developmental disabilities in social settings like going to a movie or spending time at the zoo. And he loved the interactions and felt a lot of satisfaction in getting to know these young people. Despite their challenges, they brought pure curiosity and joy wherever they went.

Rex inevitably parted ways with his sales job. Walking around the different booths at a career path in his university, he saw a sign that said ‘autism’ and it drew him to learn more about Applied Behavior Analysis (ABA). He asked the recruiter whether there was a career in becoming a Behavioral Therapist and this one inquiry launched his career change.

He learned that a behavioral therapist needs to be passionate about helping people with developmental and mental health needs. Rex was excited to start working with kids and families—and making a difference in their lives, while earning a living for his own family.

Working with his first client, he was trying to figure out how he would connect with him. Discovering that he was really into Freddie Mercury and Queen was a great opening. Rex had recently watched the film Bohemian Rhapsody and Queen played at home a lot as his mom was a huge fan. So during their first meeting, Rex shared that Queen was on his karaoke shortlist and they both decided to go to a show together, which was a great bonding experience.

A New World of Mentorship

Instead of meeting sales targets, he now works to gain the trust of his clients and their families. His client’s current Behavioral Therapist was leaving and she had an amazing relationship with the family. Luckily, she mentored him in the beginning and he experienced deep care within the system.

But his biggest mentor was his first client because they both learned and grew together. It was nothing like he experienced in mentorship in corporate America where the model was that someone, already successful and more experienced, was imparting wisdom on being successful.

What Rex now experienced was much richer because it was an opportunity to see that anyone can be a mentor as each one of them was growing at their own pace. It was about building relationships anchored in trust. His new work in the world entails:

Rex is now in school for a Master’s in Psychology, striving to become a board-certified behavioral analyst. This gives him an opportunity to apply his studies directly into his fieldwork, constantly improving his skills as a behavioral therapist .

The Life of A Behavioral Therapist is Rewarding

Working with kids every day helps Rex find their gifts and unique talents while acknowledging the disabilities they face. His clients are helping him become more patient because they see the world through a much different lens.

They also laugh together. “This kid enhanced my sense of humor because he finds beauty in everything; he himself is a very happy kid. And so I’ve definitely picked that up.” Finding the small joys and celebrating the small victories is possible.

Having the freedom to inspire and reconsider approaches to behavior interventions is one of the many reasons that Rex finds this field so rewarding.

Becoming a Behavioral Therapist prepared Rex for fatherhood and also increased his ability to take care of his grandmother and grandfather when they recently became ill. He learned from his clients that we have great days and some days are really rough. But all of it is beautiful and part of the flow of life. There is nothing to take for granted when caring for each other.

It’s All About Fueling Each Other

Over a year ago Rex was speaking with Nicole Hanson about the lack of social opportunities for individuals with developmental disabilities. This spawned a dream to create events for those that don’t get the opportunity to go out much. On April 9th that dream became a reality.

Rex launched the first community event  with 3rd Circle Inc. that was not only about fundraising but also gave the kids an opportunity to have fun and showcase their gifts in person. The community came together to take in this very special moment

When we find something that fuels us it creates life changing ripples in the world. And for Rex, there is no more grind as he continues on his own education path. Learning is part of the bigger picture in the School of Life when we have radical purpose.

Here is the podcast celebrating the stories of people who are choosing the BT career path, which enables individuals and families to reach their fullest potential.

Enjoy the first days of May 2022 and have a beautiful week ahead with whatever fuels you! We never know where the path may lead us but like with Rex, much shifts when we tap into our curiosity and courage to trek into the unknown.