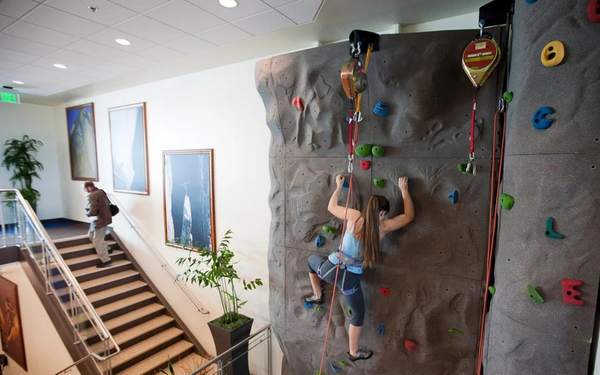 The World of Perks

What if we are entering a world where companies no longer compete on who offers the coolest perks as a veneer of caring for people’s wellbeing? Because where we are headed, the perks matter less. Being authentic in the emerging world is no longer a workshop or a slogan but a way of life.

What is truly important in life right now is being. While some of us may still wants perks as doers, a simpler way of life is available when we are truly authentic and real.

There is a silent awakening of what’s important taking place that is personal.

Perks in the Old Days

When you worked in Silicon Valley in the late 1990s, it was a revolutionary perk to bring your dry cleaning to the office and have it returned to you the next day. Not everyone wore jeans back then.

This was all under the umbrella of the wellbeing of employees.

But when I traveled to offices in Africa, I saw the division between employees in the Western hemisphere and locals. It was sad and often totally eye opening when it came to wellbeing. A manager in Nairobi once asked me, “why do we have vision plans for employees in the West and not in Africa. Do you think we eat a lot of carrots here?”

I saw firsthand how employees there had to pay for their own generators to work from home at night because the power grid was unreliable. The extra stress and costs took a toll that people in headquarters and even on the Inclusion and Diversity (I&D) team didn’t understand.

One day, I received a call from the metrics I&D guy in San Jose asking me how many Africans we had in Emerging Markets? My response was, the whole continent. I told him I didn’t understand his question. When he asked about the capital of Latin America, I told him it was Miami. And then, he didn’t get it.

I quickly learned that we knew nothing about true inclusion and diversity, and wellbeing for that matter. I began to see why offering more and more flashy programs and perks didn’t cut it. And even in the West, many of the programs we got early on were all about us working longer hours and not leaving campus.

And in local remote offices, for example, there were no cafeterias and the nearest place to eat could be an hour drive away. I asked myself often, as I ended up in remote locations, are we all really working for the same company, with the same values?

But so many of us were a thousand percent committed to our work and believed in what we were doing. Some of it was transformational and life changing at at the core. But we also found ourselves at times divided and burned out.

And I understood that the more divisions we created, the less ability we had to be inclusive, diverse and socially responsible for that matter. Most companies create more division than integration in the foundation of the business.

This old world is filled with more gurus and self-appointed spiritual teachers than we know what to do with. CEOs now have meditation coaches, monks, anthropologists, futurists, philosophers, and shamans on their payroll.

Many business leaders have started mindfulness programs, offering yoga and meditation to their stressed-out and burned-out employees. Not addressing why we are so stressed and anxious in the first place.

This is not a time for more trendy certifications or perks. That’s just putting more lipstick on a dog. Instead of solving problems we get to create opportunities for our wellbeing by listening and experimenting.

As we understand that leadership is not outside ourselves, we realize that we don’t need to be seduced by perks. And actually, we want an enriching quality of life.

And when more of us make conscious choices about what’s important, companies will begin to scramble and maybe for the first time, listen and open channels of communication about what matters.

This is why more of us are questioning and want to work with people who will provide realistic workloads and help us with our dreams. Who doesn’t want to live our values and make a difference?

Community is becoming more important as the ability to have open, two-way conversations becomes increasingly foundational. Our individual and collective wellbeing depends on the choices we make and where we invest our lives. And it’s time for everyone, especially conscious CEOs, to invest in community.