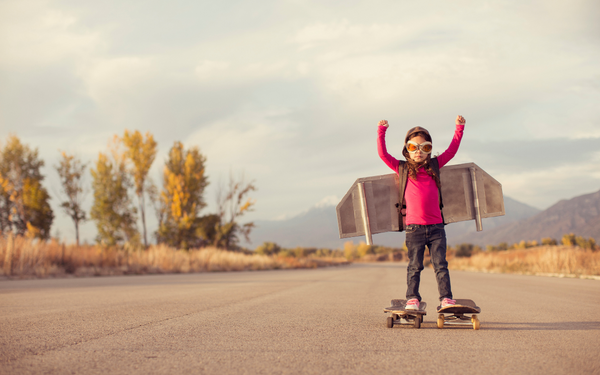 Could it be that we are surrounded by brilliance? When it comes to material inventions, we are brilliant. And we have people of all ages creating and inventing all the time.

Would you believe that a 14-year-old invented the television set? Philo Farnsworth was 14 years old when he produced the first sketch for a prototype device that could display electronic moving images. He later developed video tubes to create what would become the first television set.

The fourth millennium BCE witnessed the invention of clay pipes, sewers, and toilets in Mesopotamia. Joseph Gayetty is the inventor of modern commercially available toilet paper in the United States. His Medicated Paper was sold in packages of flat sheets in 1857, watermarked with his name.

No one person invented the Internet. A number of scientists and engineers brought their brilliance and research together to create the ARPANET. Later, other inventors’ creations, including Tim Berners-Lee, paved the way for the web as we experience it today.

Lino Meiorin, one of the early owners of Caffe Mediterraneum in Berkeley, California “invented” the latte in the 1950s. It was in direct response to customers who found his Italian cappuccinos too strong.

At five years old Mozart wrote his first composition, Andante in C, in 1761.

And we can fill pages of people we never heard of who created some meaningful contribution to humanity.

But at the same time, so many people live in fear. Fear stops us in our tracks—fear of not having enough or being good enough. Not knowing what’s true and what is fake also creates stress and worry. Trying to figure out who to trust in an increasing untrustworthy world—from media to politics to education and health.

A world where we are so excited about Web3 and the Metaverse where we can live in a fantasy world. But what about the current world? Why create a world with no borders in virtual reality when we have brilliant inventors and architects who can create one right here, right now?

Imagine the world we can live in when we feel in charge and responsible for our lives and how we contribute to society.

So until more of us discover our wonder and know our brilliance, we will continue to to focus on the past and not tap into our true potential. And when we come together with a shared purpose, we can actually create anything with healthy communication flows and radical honesty.

So, when will we choose to get out of our own way? When will competition no longer be part of our reality because we truly value ourselves? Maybe there’s no one to crush and no reason to win at all costs?

Our entire societal structure needs a reboot because there’s something foundational broken that is collapsing. And it’s not that we lead with new structures that are more of the same. Perhaps more open dialogue and exploration can be one of our breakthrough inventions? Isn’t it as old as when we created time?

Bruce Lee reminds us that “simplicity is the key to brilliance.”