Buckminster Fuller Teaches Us to Never Give Up 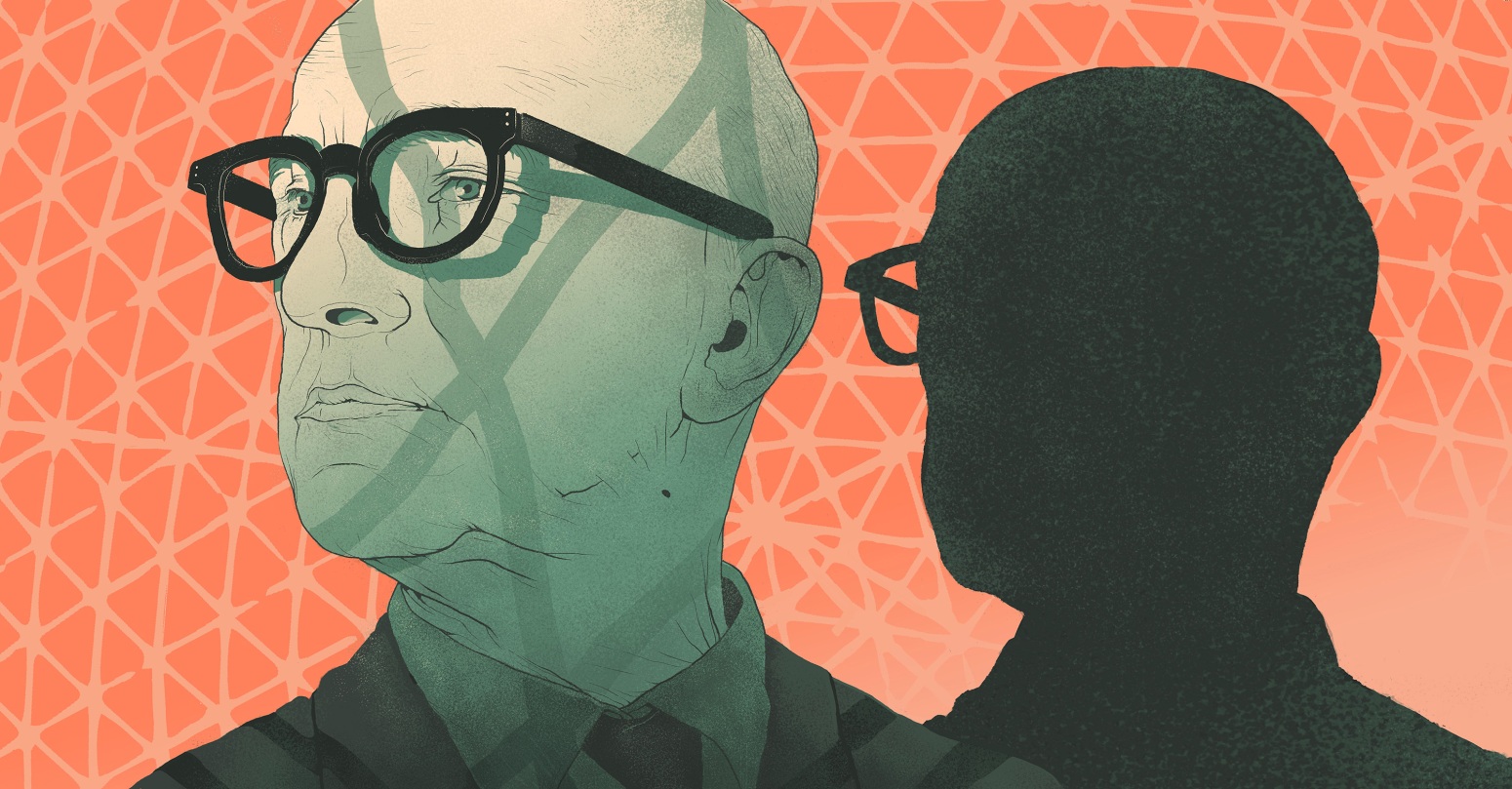 What Can We Learn from Buckminster Fuller?

So often we judge ourselves harshly for not succeeding in the way others expect us to. But what I’ve learned from Buckminster Fuller is that in doing so, we stop ourselves from experiencing the beauty and significance of our own journey.

Some days are especially hard. I find myself questioning everything. These are the days that I want to say, enough, and simply give up because everything feels so hard. Have you experienced these types of days that make you wonder whether this world is ready for the crazy ones — those of us who see the possibility of living life in a less chaotic way, and deeply knowing we didn’t come to this planet to suffer?

And then I sit back and reflect on Buckminster Fuller’s story about how he felt defeated by the sheer weight of the world we humans constructed. His story of how he was ready to take his life so his wife and baby could survive from his life insurance touched me deeply.

While standing on a cliff above Lake Michigan, ready to jump to his death, he had an epiphany that changed the course of his life and the lives of many others:

“In committing suicide, I seemingly would never again have to feel the pain and mortification of my failures and errors, but the only-by-experience-winnable inventory of knowledge that I had accrued would also be forever lost — an inventory of information that, if I did not commit suicide, might prove to be of critical advantage to others, possibly to all others, possibly to the Universe.”

He decided to steer his ship into uncharted waters by discovering his own path:

“If I take an oath never again to work for my own advantage and to work only for all others for whom my experience-gained knowledge may be of benefit, I may be justified in not throwing myself away. This will, of course, mean that I will not be able to escape the pain and mortification of being an absolute failure in playing the game of life as it has been taught to me.”

Never Giving Up on Yourself

Bucky realized that he was not a spectator of the world, because he could predict how the world could evolve. It gave him the courage to be an independent thinker, uninfluenced by what people wanted him to think. To do so, he became aware that he had to move away from everything he was taught to believe, which was simply part of the game.

He stopped accepting beliefs about physical phenomena that were not proven and tested. For example, he noticed that when someone said “hello” to somebody else, the other would say “hi” back, and there was a sort of parrot game going on without either party ever caring how the other was feeling. He became increasingly aware of conditioned patterns and stopped talking altogether.

Bucky’s intuition whispered to him to find new ways to create success for all of humanity because if you don’t think about the collective, all of humanity will be in real trouble. No one else was attending to what was possible; they were focused on division and survival, creating a “them” and “us” mindset that thrived on conflict and war.

He found most countries and politicians were looking out for themselves and no one was looking out for the “Spaceship Earth,” a term he invented, since he believed humans were put on this spaceship with resources and know-how to take care of everybody on board.

At thirty-two, his life expectancy at the time was forty-two, and he realized the way we were designed is a consequence of the biosphere of this planet. We breathe the air because it is available, and yet some of us hoard as much money as we can get our hands-on. He decided to take part in nature’s own creation by building bridges for all humanity in the ten years he had with the tools he was given. He knew that all ecology was inner-supportive, regenerative, and effective, and he wanted to tap into this universal intelligence.

“You have to learn over and over that you are a no one. Be preoccupied with the possibility. Forget the problem and instead construct.”

You don’t have to know anything to criticize, judge, or blame, but it takes a lot to see the opportunity of creation, which is where Buckminster Fuller focused. He saw that most governments, politicians, religious leaders, and corporations were focused on humanity’s suffering. He had hope in young people, and people who want to live in harmony with the universe and nature. He felt he had nothing to lose as he saw himself as a throw-away. He practices radical honesty.

Humanity has another option and is in the “final exam” of whether people are aware of what we can create. Our path is invisible, as it has not been taken before but is based on the regenerative integrity of the universe. People won’t use the bridge if we don’t know it’s there.

Bucky focused on his creations through his artifacts, creating geodesic dome structures and writing books rather than focusing on social reform. The money he raised went mostly for research, and he wanted people to create and stay humble.

“The only way you ever learn anything is by daring to be naive.”

Without marketing or public relations campaigns, Buckminster Fuller was mentioned in over 100,000 books, articles, and broadcasts. He circled the globe forty-seven times in the last twenty years of his life, published twenty-four books, and funneled twenty million dollars into prototyping and designing dozens of artifacts—from domes to cars to prefab bathrooms. Though his annual earnings eventually came to $250,000, he spent every dollar on research and development, “always operating in proximity to bankruptcy without going bankrupt.”

Bucky died at the age of eighty-eight—forty-six years more years than expected. His voice lives on to help us steer Spaceship Earth in a healthy direction for humanity and our planet, and to show us there is nothing to lose when you follow your internal compass and never give up. And I am grateful he contributed so much to the formation of my own beliefs that there is another way. But, it sure isn’t an easy path to walk.

We are called to be architects of the future, not its victims.

During the close of 2021 and this holiday season, when so many of us are struggling, I’d be grateful if you would share Bucky’s story, or your own, with anyone who may be facing challenges as an opening to help someone in need. We never know what someone is truly going through until we ask and connect deeply.