Camera or No Camera; That’s the Question, or Is It? 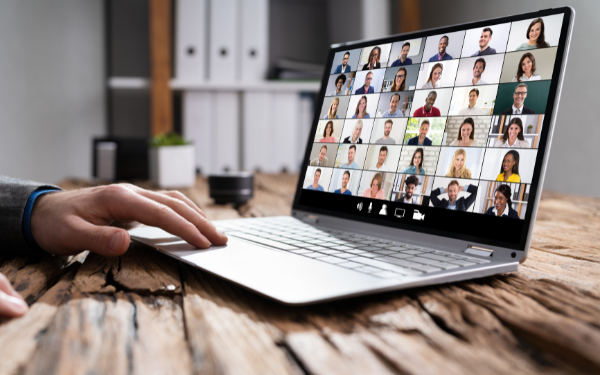 Is the Camera the Symptom of Dysfunction?

Apparently when it comes to virtual meetings: to turn the camera on, or not; that is the question.

Fast Company says it’s ok to turn cameras off, which is now referred to as “face muting,” on video meetings. In their words, “We all know it’s ok to mute. But I want to make it clear that it’s just as ok to face-mute, especially in certain situations:

Zoom’s own research reported that keeping the camera on during Zoom meetings benefits not only employees but also teams and businesses as a whole. People felt more connected to the tasks they were assigned when cameras were on.

Another study found that leaving the camera on during meetings, “forces you to be more engaged.” Stress is also caused from having a professional background, keeping children, dogs and cats out of the frame, and perfect lighting. But who came up with these rules? And maybe fatigue is being created by how we actually meet?

Can We Focus on Why We’re Meeting?

To turn the camera on, or not; that is not the true question.

This does not get to the root. The deeper issue that is not being addressed is: are the meetings we are having worthwhile and valuable? Do we need as many meetings or do we need to understand and become aware of the purpose of convening?

This is another example of leading with structure that creates anxiety for many people because the camera, the lighting and what we consider the essentials of meetings miss the mark. Isn’t it time we value dialogue, two way communication and connection?

I personally don’t understand the construct that was created called IRL (In Real LIfe). The source of IRL is “Use irl when you want to distinguish reality from something that happens in games, on social media, or on TV.” Does this mean when we don’t have physical proximity and are having a conversation face-to-face on whatever platform with video, we are IFL (In Fake Life)?

A company is a network of conversations between people. Whatever the situation—whether it is a board meeting, reporting financial results to the community if you are a public company, or delivering on a commitment—it’s all about conversations between people. It’s a network of people talking among themselves, and hopefully focused on a shared purpose that brings the mission to life.

Brené Brown shares, “I define connection as the energy that exists between people when they feel seen, heard, and valued; when they can give and receive without judgment; and when they derive sustenance and strength from the relationship.”

Imagine being surrounded by engaging conversations and connecting around what’s important, would do you need to make it happen?