Why Consuming Stories is an Issue of Power 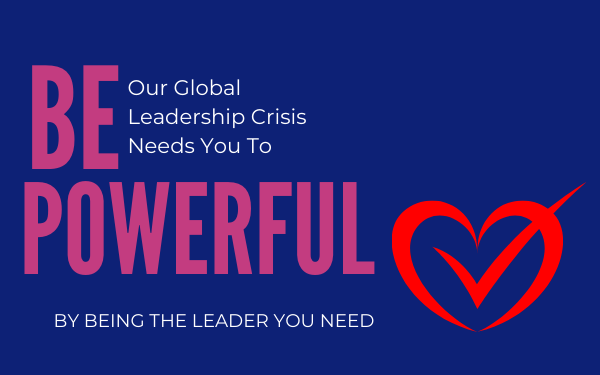 Why Storytelling is So Powerful?

There is a lot of talk about the wisdom of the crowd, but when it comes to the collaborative economy, sharing does not seem necessarily true because this hyped economy has been constructed within the old paradigm in which few know how to truly collaborate and share. While there are advantages, we continue to construct businesses whose mandate is to compel people to be consumers of more and more products and services. And we are not just consuming brands but also the stories they sell.

If someone told you in 2008 that you could someday get into a stranger’s private car, and that stranger would have your credit card information, you probably would not have believed it. And yet, in many major cities around the world, we trust strangers to transport us from point A to point B, and many parents entrust their children to ridesharing drivers as a safe transportation option.

Businesses like Uber and Lyft sprung up under the brand marketing tool (story) called the Sharing or Collaborative Economy, but we have to look deeper to understand whether this is truly collaboration or just a story.

Look further under the layers, and we find that while these services do provide sharing services—in that local drivers use their cars to drive passengers—not much has really changed when it comes to commoditizing the worker and making the people at the top wealthy and successful.

What Stories Hold Our Power?

The world is changing as fast as these trends, and it is even more necessary to delve into the wisdom of how we address the needs of people in a fair and just manner.

Author and philosopher Aldous Huxley predicted that our societies would become trivial as the pursuit of ego and personal power accelerated. The demise of companies like WeWork and Theranos are sad examples that there are psychopaths and narcissists leading some organizations, and even governments, around the world.

Our systems reward those who seek never-ending power with wealth, and, in the systems we created, wealth equals never-ending power. It naturally attracts sociopaths, psychopaths, and narcissists. We allow their power of holding esteemed positions in our society—like leading organizations, countries, or celebrating their philanthropy—to manipulate us as they amass more wealth and power.

Consuming the Same Stories is a Bit Nuts

According to a study dating back to 2010 called, Corporate Psychopathy: Talking the Walk, there were at least three times as many psychopaths in executive or CEO roles than in the overall population. But more recent data by forensic psychologist, Nathan Brooks, found it is a much higher figure: 20 percent.

A 2017 UK study by Kevin Dutton found that companies with leaders who show “psychopathic characteristics” destroy shareholder value, as well as corporate culture. And why do we trust them to have our best interest at heart? Regardless of the state of their mental health, why do we celebrate the billionaires, athletes, actors, philanthropists, and so many others who are deemed successful, at our own expense?

I have worked with incredibly wealthy and celebrated “leaders” during my career from Nobel Science Laureates to iconic business leaders and celebrities, and I always wondered what motivated them to show up every day to work. Some were committed to the purpose of the organization and were there to do their work, while others were there to grab more power, more money, and to feed their egos. It was always at the expense of the people under them, making decisions with limited empathy and concern for the impact on their people. Their hold on power guaranteed silence.

And yet, we are the ones who can decide who we trust, who is healthy and unhealthy for us, and who holds our power. We can step out of the villain and victim stories we’ve created, simply because we can take the first step to author our own stories.

We are being called to create what we need: a world that has healthy systems that serve every living being on the planet and Mother Earth. Our hearts know our truth, and our answers are within. No guru. No savior needed. That’s how incredible we each are.

There have been those who walked the Earth before us who called it like it is—such as the philosopher, Krishnamurti, who pointed out, “It is no measure of health to be well-adjusted to a profoundly sick society.” When we’re “well-adjusted” to societal programming, it’s hard to see what’s real and what isn’t—which is why, at first, we must question everything.

Until we do, we continue to play a part in the decaying system, doing what is expected of us, which is deemed honorable. We are expected to accept that there is a certain percentage of psychopaths who run the world. Even worse, we are expected to give them the power to take us in the direction they want to go. But the question we wrestle with regarding our own light and power has been presented to us by many sages, and the answer lies within us.

Isn’t it time to question where and who we place our faith in so we can trust ourselves more fully? The “noise” that someone has our answers is borderline absurd, and the more we understand that the more we’ll be able to move into our own power.

It’s your choice to decide what you need most and not buy into whatever is being relentlessly sold to you today. Instead of consuming stories, what can you create right now for yourself? It doesn’t matter how small or big. It’s personal for each of us.