What if the Glass Ceiling Doesn’t Need to be Shattered? 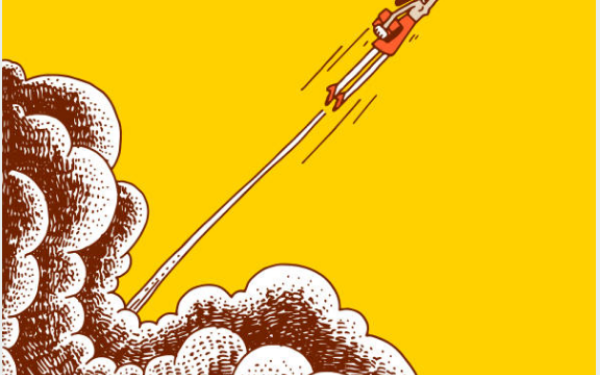 The Root of the Glass Ceiling

Isn’t it interesting that the glass ceiling is invisible and refers to a barrier to advancement that women face at the top levels of the workplace? We are the ones who created and accepted the structures and stories about glass ceilings that need shattering.

It originated by accident. When speaking on a panel at the Women’s Exposition in New York in 1978, Marilyn Loden didn’t plan to make history. She wasn’t even supposed to be there.  But at the conference, the invisible glass ceiling, which was defined as a barrier to advancement that people didn’t recognize, was coined.

The phrase “glass ceiling” then appeared in an AdWeek article in 1984 and in 1986, the Wall Street Journal used it in a headline. The Merriam-Webster Collegiate Dictionary first included the term in 1993 as “an intangible barrier within a hierarchy that prevents women or minorities from obtaining upper-level positions.”

Achieving the unachievable to breakthrough and shatter the glass ceiling is a story that many women have been told is the ultimate goal of making it and being successful.

Many of us have experienced workplace inequities first hand and despite all the programs to “fix” this injustice and unconscious bias, the fighting continues in 2022.

No Interest in Shattering Glass

Over the past twenty years, more and more incredible people, especially women, decided not break this ceiling by simply quitting successful careers. When catching a close glimpse at the top of the organization, it was not somewhere to stay and keep fighting for a seat.

By the time women actually reach the C-suite, we leave our jobs at over three times the rate of male colleagues: 24% vs 7%, according to the Network for Executive Women.

Many don’t want to shatter the glass ceiling because joining executive teams that have these invisible barriers are not where some women want to be. Look at the number of female entrepreneurs who no longer have to deal with burnout, the inequities around compensation, promotions and also sexual harassment.

And, to be honest, who today wants to spend our lives fighting broken systems when we have an opportunity to create healthy, sustainable ones?

There is A Path that Has No Glass Ceiling to Shatter

Change is slowly emerging from people living in higher levels of consciousness and who lead our own lives with pure empathy, generosity, and an opportunity mindset. We don’t allow ourselves to enter the stage of programmed fear or anger in challenging situations.

We understand that we don’t want to stay stuck in broken systems that are beyond fixing. Instead of fighting the system, we embrace the opportunity to imagine the world we want to live in, and we create it by tapping into our own power source.

There is no one to take down or fight when we don’t allow anyone to control us. It’s important to become aware of our limiting beliefs like shattering the glass ceiling and face our societal conditioning. Maybe we don’t really want a seat at a table that we need to fight for?

This is precisely why we’re entering some very exciting times in human history, which include people like you and me, who are finding our voices and redefining what having a successful life means to us.

We’re learning to say no and walk away from toxic situations and people. It’s not an easy choice to make, but with the state of the world, it’s one being asked of each of us more and more to build what we need.

Julia Child reminds us to “Find something you’re passionate about and keep tremendously interested in it.”

And Buckminster Fuller joins us all to share that “you don’t fight the old reality, you create the new reality.”