The Formula for the Good Life 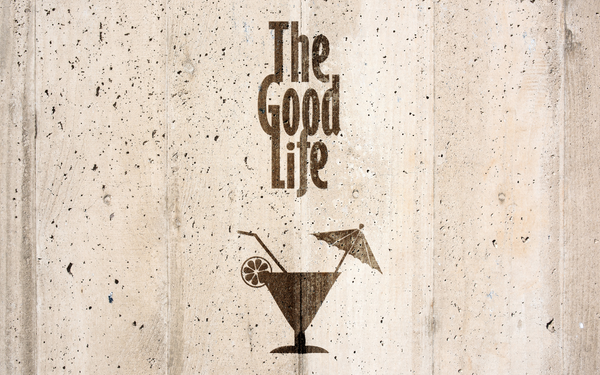 The Formula for the Good Life

Every one of us, at one point in our lives, bought into someone else’s promise and story about how to live the good life. How else could the saying, if it’s too good to be true, it may not be true have been created?

Many of us were led to believe that if we get a good education, a good job, make good money, find a good partner, have good kids raised in a good neighborhood, we would be rewarded with happiness. This is the formula most of humanity, especially in the Western world, follows until now. There is a picture planted in our minds of how the good life and success are achieved.

It is easy to get swept into stories and there has not been a person on this earth who at some point fell for someone’s scheme. We have been conditioned to think that someone outside ourselves has our answers or holds our power.

So many of us want to belong and be part of something bigger than ourselves. I’ve heard people say that they would be able to know right away if they were being recruited into a cult or someone’s scheme. But often, those of us who believe we are too smart to get sucked in are enticed by seductions of a supportive community.

In fact, over two-thirds of cult members are brought in by a family member or a friend who is deemed trustworthy. When someone offers a front row seat to the secrets of the universe, anyone seeking answers can be tempted.

And the seduction of the good life, being loved and cared for is what most are seeking. When you read about cults and deprogramming—which I have, for some reason, since the age of fourteen—you learn that there’s a lesson in everything.

The Dream of Community

Imagine a group of young tech founders being promised a community where they can birth their dreams. Who doesn’t want to live in a mansion in Beverly Hills where Paris Hilton used to live? This $12.9 million estate is next to a pool and has all the luxuries made of dreams.

If you are in your 20s or 30s, you could be one of 500 invited to be part of an incubator for startup founders in crypto currencies and Web3. And you will be part of an exclusive social club of founders and investors.

For $1,000 membership fee, you not only get to work in the mansion but access to the prestige Discord community and special events. For $3,000, you would be part of a month long cohort where you live and work with 12 other people in the mansion. And there are also scholarships and other funding mechanisms available.

And by joining a cohort, you would make much better connections than what a university education would ever provide you. At least, this is the promise and seduction.

The Reality of the Good Life

So this is not hypothetical. But the real pitch that hooked young founders who wanted to be part of a community that helps them launch their dream projects. And live the good life.

The first cohort was a group of 23 female founders. A recent article on Launch House shares, “Held during Women’s History Month, the all-female cohort was meant to solidify Launch House as an unmissable stopping point for bright young entrepreneurs hoping to make it big in tech and find community in a lonely industry.

What the women didn’t know was that the community that Launch House had established was one that could be hostile to them.  One that seemed to prioritize money, status, and clout over anything a community might actually need or want. And that could ostracize them if they spoke out against it.

Rather than simply an example of yet another mismanaged business full of Los Angeles dreamers, Launch House is a case study in how “community” operates when profit and attention appear to be its main motives.”

Reality is Not A TV Show

While Launch House was first intended to be a reality show, it soon morphed into being a community for Web3 entrepreneurs.

Launch House also had external validation: $12 million Series A round from Andreessen Horowitz, Silicon Valley’s most famous VC firm. Rubbing shoulders with early investors in Facebook, Lyft and Twitter was a big draw for many of the young people. Maybe their dreams would also flourish?

But reality was nothing like a television show and more like an organized cult. When new cohorts arrive at the house, “Launch House organizes a team-building exercise called the “Founders’ Circle” that mimics religious confessionals. Each member is encouraged to share the most difficult experiences of their lives—deaths of loved ones, sexual assaults, grave financial losses. A practice that employees refer to as “trauma bonding.”

But promises of investments and connections kept people hooked to the dream. Maybe the good life is too good to be true?

It is easy to get swayed by promises and seductions. We don’t know whether things are true or not until we experience them for ourselves. Obviously, we all believe the formula of success until we don’t buy into someone else’s story of the good life. The healthiest way to learn is through experiences. And the heartbreaks count just as much.

As the article concludes, This is “what happens when young tech guys are flooded with money doled out by old tech guys who see dollar signs in the eyes of people who look and sound like younger versions of themselves. It is clannish and insular; you’re either with them or you aren’t. As more companies raise money for projects promising so-called community, Launch House may very well be a frightening bellwether.

Sometimes, community is what happens when a great deal of eager young people come together and realize the people who brought them there have no idea how to build a community at all.”

Each one of us has an opportunity to discern between traps, seductions and reality. Words are never enough as alignment with actions is where truth lies. Maybe it’s time to create healthy lives and leave the promise of the good life behind us?