To Gossip, or Not to Gossip; It’s A Choice 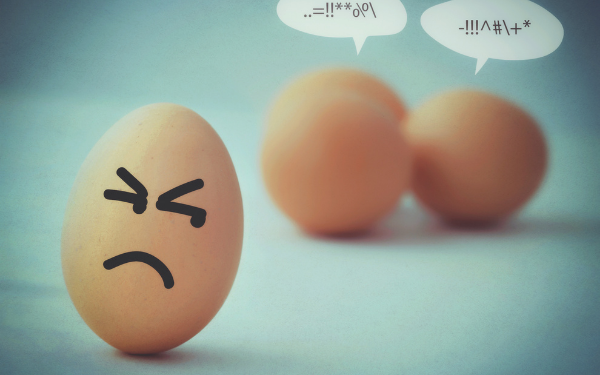 Those Who Gossip with You, Will Gossip About You

According to the Oxford Dictionary, the word gossip originated around 1014 to mean a godmother or godfather and came from the Old English godsibb, which had the same meaning. By the late 14th century, the word also meant a familiar acquaintance, friend, or chum, and in 1600 referred to “a woman’s female friends invited to be present at a birth.”

In 1811, gossip became known as idle talk and there is a lot of that in the world. Not much has changed despite all the progress and innovation we proclaim. Marie Curie shared, “Be less curious about people and more curious about ideas.” She experienced controversy and gossip firsthand.

According to the story, “The year was 1911 and critics were hating on Curie, the Polish-born wonder woman who shared the 1903 Nobel Prize for Physics with her husband, Pierre, before his untimely death in a horse carriage accident in 1906.

Curie’s bid to become the first woman accepted into the prestigious French Academy of Sciences had been hotly debated in the press, with critics primarily arguing she should either a) concede the seat to an elder and wait her turn, b) leave scientific pursuits to men or c) go back to Poland.”

And then the French press alleged questionable liaisons that she denied and felt were an invasion of her privacy. Albert Einstein was outraged and sent her a heartfelt note of support and advised her not to listen to the idle chatter. Marie Currie walked her talk and focused on ideas, which led to her being awarded another Noble Prize; this time in chemistry.

Einstein at her memorial in 1935 shared, “If but a small part of Mme. Curie’s strength of character and devotion were alive in Europe’s intellectuals, Europe would face a brighter future.

No Need to Cross Lines

Our hearts and our minds can find a sense of harmony when they have inner dialogues that reach a common ground. We mostly listen to our parents as children, but as we get older, we can listen more to our own mind and heart. At some point, we can choose to let go of the apron strings and trust our own intuition and not someone else’s manual—or, conversely, we can let idle gossip influence us.

Gossip, like news programs, can be dangerous and addictive. By its mere definition, it spreads rumors and bad news at the expense of others, and someone is always hurt. It also causes worry and shifts the focus of the mind to what others are doing, when we really could be more concerned with ourselves, not the affairs of others. It’s the antithesis of being in touch with our inner self.

Many people occupy themselves with worries and concerns about what others think about them. Chasing the latest fashionable trends comes from idolizing those we put on a pedestal because we give them authority over our society. This means our focus and energy become more externalized and distracted, which ultimately empties our inner self.

Gossip is constant chatter stuck in a loop, kept active by exhaustingly talking about someone and their drama. The loop is never-ending and, in fact, snowballs unless we decide to stop and be prepared to reflect. Why are we attracted to this person, or what he or she is saying about our life? And what can we learn about ourselves through this need to participate in drama?

It can be hard to disengage and be quiet. But when we do, we’ll discover what we need for ourselves in the moment and examine what this gossip is providing or avoiding. It is not about whether gossip is good or bad; it’s about what is healthy and toxic in your life.

There’s so much beauty and joy in self-knowledge; spending time exploring truth is ultimately more meaningful than being engrossed in discussing the affairs of others. It is merely a distraction from attaining a deeper understanding of reality. Just like looking into a book for information—but instead, look into a mirror and see what the reflection is for you.