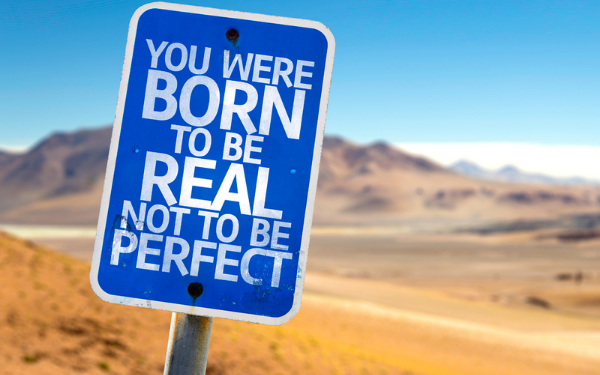 Where Has Radical Honesty Gone?

I’ve been thinking a lot about being real and started to question whether being polite can be hazardous to our health and well-being?

I’m pretty sure many of us have been in situations where we say something to someone, and later berate ourselves for what was said, thinking: “Why couldn’t I have said something more appropriate?” or “Why was I so stupid to say that when I could have made a better impression?”

How has communication become an interaction where we are supposed to perform and be liked? Isn’t it simpler to be ourselves and share ourselves in any way that suits us? Have we become so twisted that we consider telling the truth, a dangerous exercise?

We often think it’s adorable when children speak their truth and are radically honest.  Are they given a free pass because they don’t know any better?

Maybe it’s because young children have yet to be taught the difference between lying, and white lies (lies about a small or unimportant matter that someone tells to avoid hurting another person). They have yet to be programmed and conditioned by what’s inappropriate, which often leads to harsh judgement and shame.

Honesty is Muscle that Builds Trust

Who hasn’t sat through endless meetings where people are being polite but then ended up doing exactly the opposite of what had been agreed upon at the meeting? And who really wants to be in meetings or conversations that are a theater of pretend? It’s exhausting!

I was recently on a Zoom call where someone told me to be positive when I expressed some frustration. I wrote in my notebook, “f*ck being positive.” I don’t want to 1) deny how I am felling and 2) sweep the issues under the carpet anymore. And instead of sulking for being reprimanded, I spoke up. I didn’t want to feel stressed or make myself ill by suppressing how I was feeling.

When we can’t tell our truth and be vulnerable, we are being asked to do unnatural things at our own expense. Most of us have learned to be nice and positive and suppress our anger and hurt. But these are all natural human emotions that we have been gifted and can express. So why not be honest with ourselves about how we want to show up in the world?

What if there is Another Way to be Radically Honest?

Author Brad Blanton shares, “For my own good, I want to hang out with people who want to find out what it would be like to live in such a way as to leave no unspoken words, no unfinished business; I want to be with people who are hungry for the truth, who want to spend time learning and sharing what they have learned rather than defending their images or reputations.”

Over the next decade, our most important currencies continue to be trust, relationships and community, which heavily depend on radical honesty. We each have a huge opportunity to choose a path that is much healthier by first practicing radical honesty with ourselves–to be free to express what we think and feel. Many times, it’s our own lack of trust in ourselves or an ingrained fear of offending someone that becomes a stumbling block to our honesty.

We now know that sugar is one cause of cancer so do we need to continue to sugarcoat our truth? What would happen if we choose to stop walking on eggshells, monitoring our every word, and trying to predict how others might respond?

Trust is very fragile right now so maybe it’s time to be real and raw? Honesty opens a path to intimacy, love and fulfilling relationships. Can we can put down our scripts and acknowledge that the Emperor is running around town naked? And, have a healthy laugh instead of feeling embarrassed.

Imagine being real and genuine. Imagine a world where people’s words matched our actions. It might be a bit challenging at times to know how someone is really feeling but it can radically change our lives when we peel the layers of the onion.

The word radical originated in the 14th century and means getting to the root of everything. So maybe we can get to the radical root of honesty and live healthier, freer lives? Are you ready to dance with possibilities and rewild yourself?