Living In A World of Inner Magic 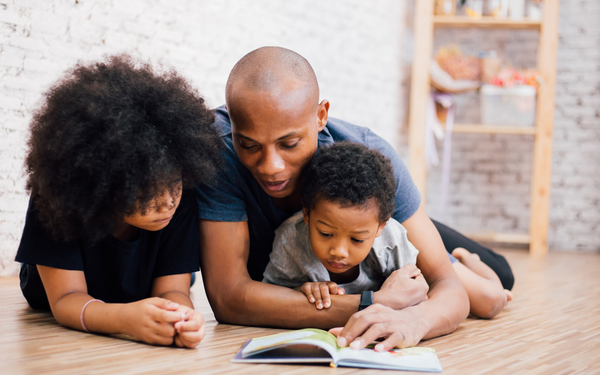 Living In A World of Inner Magic

Timothy Stuetz is all about living in a world of inner magic. He empowers people of all ages to develop and use our infinite soul powers to achieve our full potential. Timothy is one of the most prolific children’s authors. He just completed his 86th Fairy Tale of the Heart featuring Bliss Beary Bear.

So how does a Certified Public Accountant (CPA) jump into healing to not only heal himself but also share his gifts with children and adults?

Like all of us, Timothy has an interesting journey to share. He has always loved writing and wrote for his high school’s newspaper. But when it was time to go to college, he allowed an English professor to squash his dream of writing and instead majored in microbiology. His grandfather, who wanted him to be a doctor, dentist or lawyer, also offered to pay his college fees.

Timothy  ended up changing his major nine times and while thinking of becoming a physical education teacher, he came across an accounting class. He discovered he was actually good at it and was told it would be a great way to make a living. This was not about tapping into his inner magic.

After graduating at the top of his class, Timothy began his accounting career with one of the largest international CPA firms six months before graduation. He was 21, and according to him, found himself surrounded by bald guys and older men who he thought were in their 60s but actually in their 40s. He couldn’t see himself sticking it out in this world for the long-term. And then the other shoe dropped. Timothy discovered that there was questionable integrity in this world that he couldn’t stomach..

From CPA to Chocolatier

Timothy left the corporate world to set up his own consulting shingle. He led a series of workshops for mortgage brokers as a way to build his business. But while flying to different locations, he realized this part of his life was ending. And one morning he woke up to inner magic that guided him that maybe he was here to make chocolate French kisses.

After some experimentation and not knowing much about making chocolate, he followed his heart and opened a small candy store. He found a couple who had been making chocolate for 35 years who taught him the basics of being a chocolatier. There was a lot to learn as this was a new world for him to navigate.

But when the chocolate business didn’t turn out the way he hoped, he took an interim accounting job to pay the bills. Within two weeks, he discovered that his new client had embezzled around $2.5 million and spent it on personal items. And Timothy ended up leaving this very short gig with a gun to his chest. At that moment, he understood that he was meant to stay away from this type of work.

Flowing Through Life with Inner Magic

A few months earlier, Timothy received a shipment of miniature bears by mistake. He carried one of the bears with him in the car. And was then inspired by this Poet Bear to write a philosophical poetry book about life. When his mother saw it, she told him that he blew it and he should have written a children’s book. But there was nothing in this book relevant for kids.

And six months later he found himself writing the first children’s story by accident. Poet Bear transformed into Bliss Beary Bear who was here to help children cope with issues in their life.  Bliss Beary Bear comes to Earth in a Blue Pearl Star Ship from The Great Bear Constellation to inspire and educate children with 86 Original Fairy Tales of The Heart.

Timothy’s books do not have illustrations because he wants children to listen to a story and create their own images. It helps them tap into their imagination without any preconceived ideas from someone else.

According to Timothy, “I do not want to influence a child. I want them to imagine whatever they can possibly imagine based upon their own life based upon what they’re hearing. It also gives the parent an opportunity to to take time between each page and ask the child, what did you see? The child can then draw what they are seeing on the page.  And this creates more of a bonding experience.”

Children can also submit their illustrations in whatever medium they choose. And the illustrations are combined every month in a fully illustrated version of the fairy tales. They get to contribute to a collaborative book. They see their illustrations in a book and when the book is published. They can also earn royalties, which means they also learn about finances and accounting this way. This part of a book club that was created for parents and kids.

Timothy shares, “I’m just grateful that I live in a world of inner magic and everything is beautiful to me. I’ve learned to take the opportunity to really be present in each moment and be with whatever’s in front of me.  I can be fully present for people and I’m really grateful for that.”

The future of children is in our hands. We have an opportunity to create healthy books, stories, games, comic books and shows that offer hope and ignite the heart and imagination.

Listen to the full conversation between Carol Chapman and Timothy Stuetz on the award winning podcast, Hearts Rise Up