The Frequency of Trusting Our Intuition 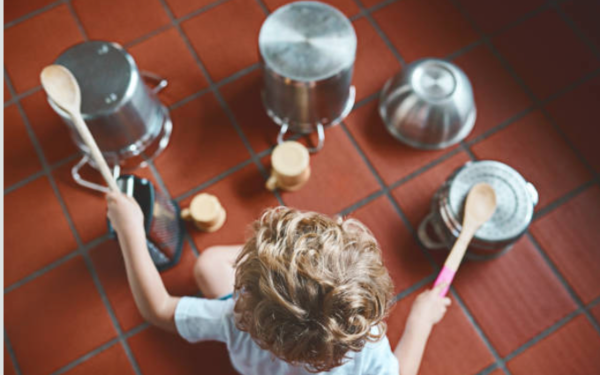 At times we have to leave our place of comfort and explore the wilderness of our intuition. Here is a true story I captured that is just now seeing the light of day.

When Sam was one year old, his parents introduced him to music. They placed him on the piano with pots and lids. He remembered trusting his intuition somehow for the right moment to hit the lids. He was told that he took his job very seriously because everyone would laugh from the serious expression on his face. His focus was on the music; waiting for the down beat so he could do the symbol crush.

Sam’s older brother and sister were into music when he was growing up. Their father, who could not afford much, supported their musical ambitions. The one room where they all lived in, where he was born, had a little piano against the wall. His sister played the piano and his brother the violin. Sam would watch them take lessons and play music from an early age.

Unfortunately, all the money his father spent supporting his siblings affected his musical curiosity. When his brother and sister became young teenagers, they stopped playing music. And he could see that his parents were very disappointed that they did not pursue it as they thought they had a future as they were really good.

Sam’s father’s family story always reminded him of the musical Fiddler on the Roof. His family was uprooted from Crimea, a peninsula on the northern coast of the Black Sea in Eastern Europe, located south of the Ukrainian region. His father, who was twelve years old at the time, shared that they could only bring what they could carry with them when they were forced to leave their home. It took his family three years to reach their destination.

When Sam was 12 or 13, he asked his father to buy him a guitar. His father told him that because he had a bad experience investing in his siblings, he won’t invest again in a musical instrument. He could not afford it financially or emotionally.

His father could see his disappointment and brought home a harmonica. He told Sam that if he saw commitment had talent, he would consider buying him a guitar.

Sam did not like the harmonica very much but for him, at that time, it was better than not having any musical instrument. He spent hours teaching himself how to play this instrument. And he became very good at trusting his intuition to flow with the frequencies he became aware of everywhere.

And then one day, his father came home with an acoustic guitar and they didn’t really need to say anything. It was a dream come true. It was one of the happiest days of his life. They both kept their promise to each other.

But at the same time, Sam also felt for his father, knowing that it was not easy for him to spend this money on him.

One of his first experiences with trusting his intuition or having a strong gut feeling happened that same night. He knew that if he followed that feeling of knowing deep inside of him, and listened to it in a positive way, the dreams he had would become real. And it took hard work and dedication.

Sam realized that his gut feeling was a determination not to let his father down. And in his gut, he was aware that this was a big step to making his dreams a reality. He learned to be aware and pay attention to seeing the truth in situations, not just what he wanted to see.

Sam realized that sometimes we need to take a step back and see things with someone else’s perspective to see beyond our own beliefs. Intuition is our ability to see and feel with our soul.

The Best Education is From Life Itself

Sam’s father arranged a series of guitar lessons from a music teacher. As Sam carried his guitar on the bus, he was excited to meet his new teacher, and learn as much as he could from him.

When looking back at this event in his life, he remembers that the teacher lived right across from a Theater that opened one of his musicals sixty years later.

During his walk from the bus station to the teacher’s house, Sam felt his excitement grow. When the teacher opened the door, he asked Sam why he brought his guitar with him.

Sam was a bit puzzled as he expected to have a lesson where he learned the fundamentals of playing a guitar, but he was wrong. He was there, according to his new teacher, to learn how to read and write music.

To Sam’s disbelief, his teacher told him it would take a good few weeks before they even picked up the guitar as the priority was to learn the proper way of playing music. He was told that until he knew how to read and write music, he could not play the guitar.

This was Sam’s first, and last, music lesson. He took the bus back home, with his guitar, and put on an album with Elvis singing “No More.” He picked this song because he could hear that there were only two chords. He then spent a few hours figuring out how to form and play them.

Sam decided that the best teacher he could have is music itself. Once he mastered “No More.” He moved on to more complex songs and chord structures.

Education now came through life. It is very important to be educated and throughout our life, we are always learning. However, there are many ways to get an education and some are formal and many are informal. Albert Einstein himself was not a model student and his story is a testament of lifelong learning driven by imagination and curiosity.

Sam never formally learned to read or write music in the traditional sense. He just dove into teaching himself how to bring the strings on his guitar to life. It felt natural to have this instrument as an extension of himself and it became how he expressed himself in the world.

He may have never learned how to read or write music in the traditional ways, but he did learn to trust himself and understand the true meaning of passion and hard work.

Sam learned from his father that nothing in life was easy, and that everything is possible when you apply yourself and focus on creating meaning in your own way. His father himself faced many hardships. He walked for three years across continents to arrive in their new country and had the responsibility of taking care of the entire family once they arrived. He never questioned why Sam stopped going to the lessons and allowed him to learn in his own way.

The gifts his father gave him were never just material; they were practical ways to create with purpose. He learned how to trust his intuition  and find his path. And he started to learn that it takes commitment and hard work to push yourself beyond your limits, especially when your intuition tells you that you are on your path and to always pay close attention to what is calling you.

And his grandfather’s voice always plays in his heart, reminding him that, “we don’t have a right to anything we did not earn.”

We need to have the courage to trust our own intuition and abilities. And it’s magical when we can recognize that like Sam, we have the power to soar as high as the clouds; never letting anyone convince us differently.

Life gives us everything we need—both positive and negative—to rise and shine and learn so we can create healthy ways of living instead of putting Band-Aids on broken and dying ones.

It is up to you to find your own power and appreciate the beauty in adversity. When you can see and recognize what you are here to learn, you will be able to discover what your soul longs for instead of needing to constantly gratify your ego’s demands.

By learning how to trust your intuition, you can listen to what your soul is whispering to you, and feel whole in integrating your body, mind and heart. Realizing who you are and why you are here, always connecting to your intuition, is it time to reclaim your power in a world that tries to make you like everyone else?