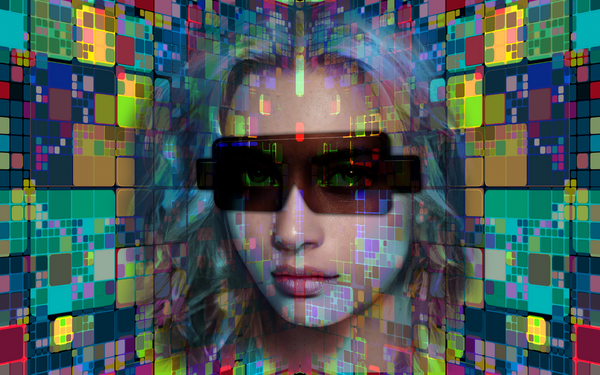 We may be a bit confused about reality when it comes to the future. Some believe it will be about Virtual Reality (VR), Augmented Reality (AR), Mixed Reality (MR) and/or Extended Reality (XR).

Meta’s CEO Mark Zuckerberg has pursued his vision of working virtually in AR, which is what he foresees as the future of work. Because, according to him, his is the best platform for working. But in November 2022, 11,000 human beings were slashed from their place of employment (Meta) because of “faltering revenues.”

So, who really knows what work means anymore and what is real? Is it just going to more meetings? We continue to automate broken systems and overlay them with the promise of more and more cool tech.

And we also have a history, in this reality, of rebuilding and mirroring systems rather than designing on a blank canvass of opportunity. When it comes to the Internet, we replicated the physical world online.

This is why we need people pioneering in the wilderness of opportunity in alignment with Nature. Because we have too many innovating new “solutions” in existing broken systems.

The Reality of Working in the Metaverse

When it comes to working in the Metaverse, there are a number of people already testing this “new” platform as a way to work. And the bottom line is that people are finding the entire experience clunky and complex.

According to a recent article in Slate, when a manager at Accenture tried to organize her first work meeting in the Metaverse, it was challenging to even log in.

She shared, while “I am totally immersed in the Metaverse, I have a big headset on. And then, I need to take off the Oculus, look on my phone for the two-factor authentication code that’s been sent to my phone. There is a need to memorize the number, put my headset back on. Try to key it in. But when you take off the Oculus, it automatically goes to sleep mode. And I was trying to navigate the back-and-forth.”

Apparently, some of her team members were unable to access the meeting due to technical difficulties. And additional meetings needed to be scheduled.

Who also wants to experience motion sickness while working, which is another side effect of the headset? And apparently there is no established work etiquette for a digital space, which is creating confusion. So, are meetings, in whatever format, the true future of work?

The Promise is Not Always Real

The promise is that VR has the potential to revolutionize the way we work. But there are still significant challenges that need to be addressed before it can become a path for collaboration. There is a human element that needs to be led and experimented with; not technology or structure.

A few years ago I was asked to help on a VR project. I saw the potential of first building the foundation of the program to heal divisions in the world. And then, focusing on the technology. But I was told it was a company that was creating the first ethical VR headset and it seemed to be all about the technology.

After a number of meetings, I realized two things. First, there was huge potential to imagine, design and create new, healthy programs that would create massive human transformation. And second, while the company believed it was creating ethical technology, the inventor was not ethical. I helped uncover a whole hidden world of corruption. But that’s a whole other reality.

It’s never about the technology. Maybe we can invest the time to first define the future of work and then create tools to help us integrate what we need in this reality? Maybe we even include the future of work—young people—in our conversations? Otherwise, aren’t we simply authoring the same story, different channel?

And creating moral and ethical practices is what everyone is not talking about right now. But it’s what is needed when we focus on the human side. The opportunity we have to create together is what matters. No slashing humans in the present or future, please!