Our Mindset Determines Everything 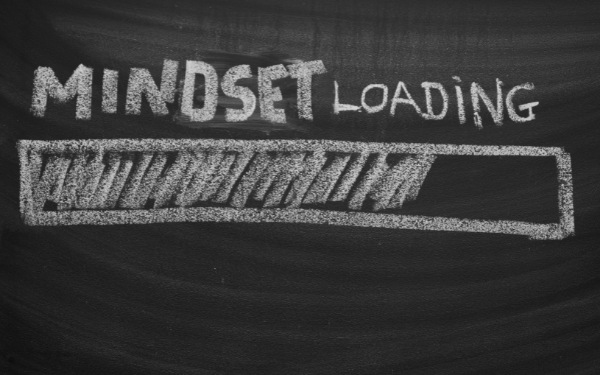 Is It Time to Shift Our Mindset?

Think back to the last few centuries, our mindset of scarcity originates then. A time where many believed we did not have enough, and lived in a world of scarcity driven by economic depression and war. People had to take resources away from others to survive.

Competition was fierce and it produced a mindset of not having enough resources. In these times, management practices were also based on notions of scarcity, competition and division. Sound familiar?

There are now many views and stories surfacing about how a concentrated economic elite have shaped modern socio-political structures. Their goal? To further their own ends, without concern for anyone else, further distorting the already grossly unjust distribution of income and wealth. What manifests? More and more division.

Our human history repeats itself with the same stories and mindset. We’re always fighting for or against something. There never seems to be enough.

When we are told there are supply issues, there is a mad rush for toilet paper and anything that may be perceived as scarce. And when we do, the item then becomes scarce.

Not having enough is a belief that also creates a scarcity mindset. Ask anyone who has no idea where their next meal will come from and they will give us a glimpse of their reality.

But does this need to be the way forward?

But instead of focusing on these stories, there are an increasing number of people and businesses who are creating healthy solutions, like plant based medicine and conscious technologies. We just rarely meet them in the mainstream where the past world of scarcity is still very present; even though we all live on this abundant and beautiful planet.

Bryan Welsh is an incredible conscious leader of our time. In Beautiful and Abundant: Building the World We Want, he shares “We need to engage the passionate human imagination, that great engine of creativity, and challenge it to go beyond its anxious contemplation of environmental disaster to envision the world we desire–vigorous, verdant and enduring.

Human beings invented flying machines because we were entranced by the idea of flight. We didn’t need to fly but we were thrilled by the prospect. We’ve joyfully tinkered with wheeled machines, making automobiles and motorcycles faster and more comfortable, generation after generation.

We didn’t need to propel ourselves around at 70 miles per hour, but once we had the idea in our head we couldn’t wait to press that accelerator pedal. We assembled the Internet in a spirit of giddy discovery with a collective vision of global knowledge made ubiquitous and free.

Every major human realization was assembled from the discoveries of lots of different people, each pursuing an individual vision and building on each other’s work. Our collective visions are always constructed from a bunch of individual visions. Our achievements are shared achievements.”

With a healthy mindset, we can discover unique opportunities to create new markets, products, services, and, most importantly, purpose-driven experiences for people. As more people start working for gigs rather than for corporations, we will uncover new paths to living and working.

As less of us follow the noise of what is expected of us and instead follow our hearts and inner knowing, we will trust our intuition to guide us in new and healthy ways.

Imagine for one minute if we stopped talking about “big data” and the “Cloud” and instead talked about how we can make our lives and world healthier by embracing human connectivity. And then, how technology can support us.

Business is so obsessed with how smart we are to create all these new technologies that somehow we forget the human who uses them, and instead call a human nothing more than the “User Interface (UI)” or audience. The dehumanization we are seeing comes from us, so we are the ones who can change it.

We can choose what and who we consume. And we can choose to stay stuck in scarcity or embrace abundance in opportunities. Everything is already here.

“What has been will be again,
what has been done will be done again;
there is nothing new under the sun.”

Indeed, there’s nothing new under the sun, apart from each of us in our current configuration and the choices we make. Is it time to make a dent and transform our history?