A Lifetime of Resolutionary Knowing 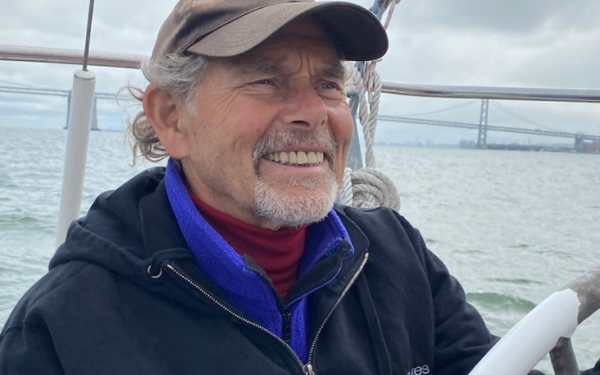 Amassing A Lifetime of Resolutionary Knowing

Through a book endorsement by Stephen Covey and work with clients, Stewart Levine shares his story of becoming a Resolutionary.

Stewart’s calling began at a young age. Instinctively and almost constantly, he acted as a natural buffer between his mother and father, friends and in group activities. He often found himself the voice of reason, when others would listen.

Much later, as a second-year law student, Stewart gained experience working for a poverty Law Clinic. Stewart shares, “At the start of the semester, I was given 15 cases. With them came the expectation they would keep me busy for 15 weeks. Three weeks later, I went back to the head of the program as I needed new cases.

The team looked at me with expressed incredulity! They asked me; What did I do? How did you do that? I said I had resolved them by reading through the files to understand what would be fair to everyone. I then made phone calls, and everyone agreed to the suggestions.

It was then I had an inkling that this was my identity.”

Over the following ten years, Stewart became a regular lawyer, yet he never felt comfortable. “It was an instructive time for me. Then one day, I became aware that I did not need to do this anymore. My real roots, of who I am, is someone who takes care of resolving problems of all kinds; practical and human.”

Stewart always thought that he would be a great efficiency expert— whatever that meant. He continues, “I was fascinated by human beings and their capacity to get on with each other. All the independent learning I have done has been to figure out how humans tick. To what degree is it possible to understand and even predict our behaviours? How can we positively use this information to help people get along and create effectively and intentionally together?

Stewart gathered pieces from psychology, philosophy and human experience and found the missing key – how to insert your persona and magic into any situation. A “modeller” observed him working and helped articulate just what he does when working with groups or couples.

Author Steven Covey, The Seven Habits of Highly Effective People, wrote an endorsement for Stewart’s first book Getting to Resolution: Turning Conflict Into Collaboration,’ which said, “A marvelous book. It gets at our number one problem – namely, how do we solve problems?”

Stewart continues, “I think Stephen wrote this positive endorsement of my book because it provides a methodology, conversational formulas for getting to win-win agreements. To me, that was the missing piece because people never learned what needs to be clarified at the beginning of any collaborative undertaking

Initially, Stewart focused on conflict and resolution. Yet his work helped him grasp the importance of first knowing how to deal with differences to collaborate.

“Bringing people together to resolve needs is my calling. Nobody said you are good at this (Whatever this is). I had figured it out by myself. Yet there were significant turning points in the process.

For example, whilst working as a divorce mediator and doing ‘microsurgery’ for one couple who wanted to divorce yet remain business partners. I had to understand the internal models they used to navigate and imagined them recreating a new relationship. To aid them to move from being implicit to explicit.

I also remember working with one individual who had a flair for marketing. At the end of coaching through a conflict situation with him, he looked at me and said you are a resolutionairy! I never had to pay a branding expert and, I have been using the same tagline for over 30 years.

Another person described my work as setting the table. A clean and clear space where people can articulate what is going on internally. And how these thoughts prevent them from moving forward. Once everything is on the table, it is not about figuring out who was right or wrong. It is about being able to clear the past. So you can move into the future and stop feeling the pain and paying the cost of ongoing conflict.

Pay Me Now or Pay Me Later

‘Pay Me Now or Pay Me Later’ became my catchphrase. It simply means pay me to help you reach a collaborative agreement on the front end or pay heavily down the road when conflict arises.”

The second book Stewart wrote, The Book of Agreement, was the first book he wanted to write. “My publisher and editor did not understand the importance of clear agreements on the front end. Not legal agreements, which are for protection versus agreements for results. Creating a collaborative agreement was the real innovation thought I was bringing to the table. It is certainly a lot more fun to work on the positive ground and provide people with skills and tools to do that.”

Emotional Intelligence of A Resolutionary

There is a third aspect to Stewart’s work, which creates an environment where people naturally collaborate to address competing priorities and values. Because people have the capacity to get beyond their own ego needs it’s much simpler for them to accommodate differences and conflict. And when people develop their knowledge of and the habit of using agreements for results conflict is greatly reduced.

“When we all internalize emotional intelligence, people can be with each other in the best way possible. We can help organizations and team members, ourselves included, be good collaborators. When we no longer have to conduct business in the world of transactions, we cannot get stuck there.

The way of being in collaboration is the source of connection. If I can impart this body of knowledge in a way that helps people be good colleagues, collaborators, agreement makers and conflict resolvers, my work will no longer be needed.”

Your best work emanates from who you are as a human being. It is not out of any sense of vocational choice, academic study or professional school. The way to get here is to ask some of your closest friends and colleagues: Why do they hang out with you? What is it that you do for them out of your humanity?

These questions can help you identify your own answers. What you uncover within yourself will help guide you to build your vocation consciously and intentionally because it is the gift you came to deliver to the world. Your unique natural genius!

Contributed and written by Kay Newton, one of my most trusted co-creators.