A Timely Call to Rewild 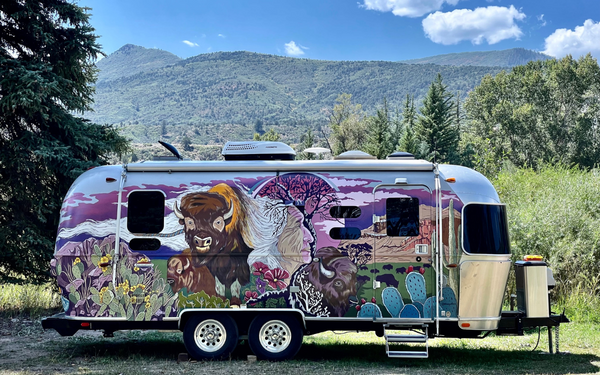 Why A Call to Rewild?

A call to rewild is about restoring our land to its natural state, especially with the reintroduction of wild animals that have been exterminated like the Bisons.

In the past, people lived on the land with the bison roaming the plains in great numbers. We woke up in the morning and every day, rain or shine, we would sing. We would connect with the day and make simple decisions. There was natural harmony with the pace of the day as the sun rose and set. We would sing, dance and breath in alignment with the Earth. 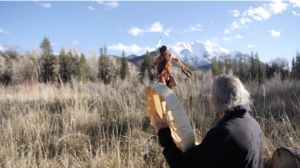 According to the Smithsonian Magazine, “In the mid-19th century, it was estimated that 30 to 60 million buffalo roamed the plains. In massive and majestic herds, they rumbled by the hundreds of thousands, creating the sound that earned them the nickname “Thunder of the Plains.” The bison’s lifespan of 25 years, rapid reproduction and resiliency in their environment enabled the species to flourish. Native Americans were careful not to over hunt,”

But as we separated from Nature and sought progress and modern living in the Western world, we disconnected from Nature. At some point, we forgot that trees create oxygen for us to breath and the bees sustain all of life on the planet.

The Delusion of Progress

Our manmade inventions kept us dazzled by our brilliance and advancements and growth became our metrics of economic success. While the quality of our holistic wellbeing and our mental health were less important, we began to worship economic indicators outside ourselves. Progress became the name of the game.

We began to set the price of natural resources and assigned them monetary value. If we wanted sea shells, we could buy them at shops. When on vacation at the ocean, we would spend hours collecting these treasures on the beach and take them back to our homes in bags. Maybe we would even turn them into jewelry and sell them ourselves to make a profit? But we could also pick them up at the gift store at the airport and pretend we found them ourselves.

But did you know that it is harmful to biodiversity to take seashells as souvenirs? “Depending on the shell you take, you could be robbing an animal of a home, building material, food or even disturbing an entire ocean ecosystem.” Costa Rica prohibits the removal of any shells, and the Philippines has a list of forbidden shells

Let’s Not Repeat This Story

In March 1890,  there were “only 1,100 bisons left in America, and of these nearly 400 in Manitoba and 500 in captivity. The only native wild herd in the United States is that in Yellowstone park, 200 in number.” How did it happen? “As the Indians hunted them the run of bison would probably have lasted forever. Large Eastern firms organize hunting parties and paid the shooters $2.50 for each bison where he lay dead on the plains.”

While progress is often helpful, when it is out of alignment with Nature, we are simply slowly killing all life on Earth, including ours. Like trees and bees, Bison played a critical role in our existence. They quickly revitalize the soil, harmonize the climate and heal the Earth.

There are abundant stories of remarkable people in our world who are charting healthy paths. Visionaries, like Tara Sheahan, are showing us what’s truly possible when we are clear on why we are here right now. Her dream is to rewild and restore to balance the microbiome of Grandmother Earth’s soil.

A Call to Rewild Our Planet

Tara  is the  cofounder of Conscious Global Leadership, Breathelab, and Where Bison Roam. After being diagnosed with Lyme disease in 1998, she worked with renowned Ayurvedic practitioners and neuroscientists. She taught herself  breath work and meditation to support her healing from chronic illness to full recovery.

Tara was eventually able to manifest her dream of cross-country ski racing in the 2006 Winter Olympic Games at age forty-five. And, within two years, she was among the top ten ski racers in the United States.

Oniya, a beautiful sanctuary and biodynamic farm in southern Colorado,  is being built by Tara to activate our connection with Nature and Grandmother Earth. The thirty-seven acres, attached to thousands of acres of BLM managed lands, lies along La Jara Creek and is home to antelope, elk, bear, beaver, lynx, mountain lions, ermine, hawks, and eagles.

The reintroduction of bison is a vital part of Oniya’s mission and vision to heal the soil and share biodynamic practices for local and global soil restoration. Tara shares, that her community sees “44,000,000 Bison roaming Great Turtle Island by 2050.” And she needs our help to make it happen.

Oniya is the heart child of Tara; dedicated to her son Aidan “Sunfeathr” Sheahan who is with us in spirit.

Here is the trailer of a full-length film in development with the mission of welcoming the Bison back to Great Turtle Island (North America). And if you are in Colorado, join this amazing event being held at 13 Moons Ranch in Carbondale on 9/17.

And if you want to breath life into Oniya and answer a call to rewild, you can always make a contribution … 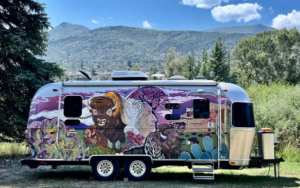