Why Lazy is A Human Construct 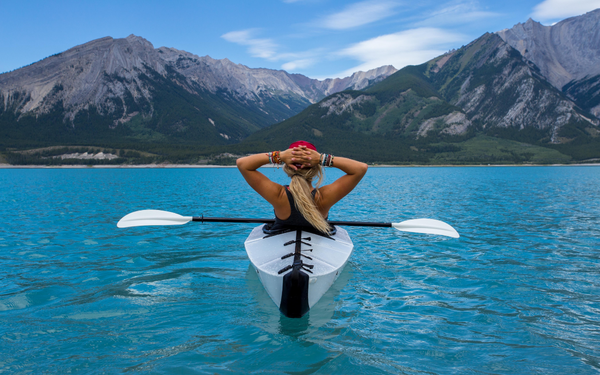 The Birth of Being Lazy

Did you know that lazy is an adjective that originated in the Low German lasich, which meant “feeble” or “weak”? Being “lazy” first appeared in English around 1540. It meant “false” or “evil.” And, it was used to refer to someone who didn’t like to work or didn’t make an effort. When a person would be offended at being called lazy, they didn’t have the energy to defend themselves!

When someone is labeled lazy today, we assume they are choosing not to work or be active. And yes, we are definitely judging. Isn’t it interesting that lazy people are seen as evil fakers who don’t care about making a difference—from society’s point of view?

And what is celebrated? Hard workers who achieve success and are responsible to society. Not having the drive to succeed (whatever success means in a culture) is considered a failure. Because we must be productive and efficient, at all times, to have a successful life. So the story goes.

The norm became work hard, don’t complain and never be idle. Free time was suspect. And isn’t it interesting that in England, it was the aristocracy who adopted the belief that idle time was a virtue for the cultured wealthy, but never for ordinary folk?

With the introduction of the lightbulb during the Industrial Age, more people could work 24/7 in manufacturing plants. Day turned into night and night turned into day. Although we are not sure when life became all about work.

It was also believed that people who were lazy and didn’t work turned to crime and bad habits like drug and alcohol abuse. Many mobsters were attributed as being lazy.

John Candee Dean wrote in the Indianapolis Star in 1920, “After you have worked six, eight, ten or even twelve hours day, do not think your remaining hours can be wasted in pleasure. Do not waste your time at the ‘movies,’ at the theater or in the street. If you will employ all your spare time well, you can not only become financially independent, but also a man of education.”

But furniture like the La-Z-Boy was created in 1927 for us to recline and snooze in our living rooms.

Our stories told us that our heroes were either wealthy or hard-working men who created their own success and changed the world through their determination and will. The moral of the story was don’t be lazy. Success comes to those who know how to be heroes respected and adored by others. Being independent and strong willed were the formulas of greatness.

When the foundational belief is that this world was created by hard-working, independent, driven successful people, it becomes easy to celebrate their successes and wealth.

Recent research finds that “personal productivity is the highest aspiration in the use of work technologies.” And at the heart of all of this is a deep question of do we need to separate our lives between work and life? The lie we have been sold is that we must have work-life balance as though we are two separate people.

In reality, there is only life and work is part of it. In the world that is emerging we understand we are one whole person who is here to thrive. When asked what we do for a living, we say, we live. And when we are healthy, we have balance within.

But isn’t it fascinating that innovation came from people who wanted to find different ways to perform a task. Was it lazy to design boats equipped with engines, so we no longer needed to row or paddle? What about using animals in the fields so we didn’t need to dig or plow on our own?

Maybe if we understood how to integrate technology into our lives, instead of fearing it, we would open up incredible opportunities for focusing on what truly matters?

Balance and Harmony Are Calling Us

The emerging world is calling us to create meaning and rest when our bodies and souls need a pause. And to recognize that working harder and harder may mean that we don’t know how to be creative enough to find a way to get simple stuff done.

Next time we call ourselves lazy, maybe we need to pause and be conscious of our judgements? Maybe it’s time to see that lazy doesn’t need to come with us on our trek?