The Power of A Meaningful Conversation 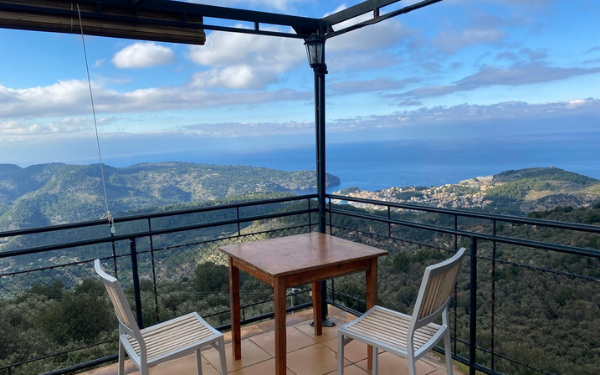 Small Talk is Not A Conversation

Isn’t it fascinating that we created practices like small talk but there is no big talk? We also created icebreakers as a natural way for us to connect. And yet, the fact that we need to label and encourage communication between people and prescribe questions is incredibly fabricated and unnatural.

When we, humans, created networking, making a favorable impression and an ability to perform became how we defined success. There was the individual and the audience; the goal was to pitch as many people as possible at an event, especially in the elevator. Isn’t that just a little bit insane when you really think about it?

A study conducted by the University of Arizona found that people who reported feelings of happiness and wellbeing in life had over twice the amount of meaningful conversations as those who didn’t. They also found that too much small talk in our lives could damage our well-being.

A Life-Changing Class on Deep Conversations

My favorite class during my undergraduate studies was one I never expected to learn so much from. I was 18 years old in a brand new city I had never been to before, I knew no one and felt like a fish out of water.

I showed up to this class at 9:00 am on a Wednesday and we sat around waiting for the professor to show up. There was a sloppy-looking guy eating a submarine sandwich who was much older than us. A few minutes after nine we started to check with each other if we were in the right room. There was an awkward silence in the air. At 9:10 we started to gather our things and were ready to leave when the guy finished eating, wiped his mouth on his shirt sleeve, stood up, looked at us and said, “Stop. Please rearrange your chairs in a large circle so we can start today’s class.”

We looked at him in disbelief. He didn’t match our ideal image of what a professor looked like or how one should behave. And one guy said, “Who are you? Why should we do what you are telling us? Is this some sort of trick?”

And that started our beloved professor on a life-changing conversation about authority, questioning and following society’s norms. Even though I auditioned and came to this university to be a theatre major, this was one of my favorite classes because he actually opened us wide open to life. The first assignment we received was to write a 10-page essay about one word. We learned about etymology and getting to the source and root of where language originated. The word I chose to investigate was “self.”

Another assignment was to go outside in the world and be an observer. We were to watch a conversation between two people and write a 20-page essay about what we experienced. It was not an easy assignment because it required each of us to actually experience many conversations so we could write something impactful. I found myself walking around the campus searching for one where I could be the fly on the wall. And it was daunting not to be seen as a stalker especially when the “conversation” was volatile. My theatre training was handy in this case.

What many of us found was that there was not a lot of listening happening as we encountered more divisive arguments than deep heart-to-heart conversations. Maybe it was simply easier to write about people taking sides and fighting?

There is a lot of blame today on social media and technology but we forget that we created these tools we now portray as monsters. And it’s never about the tools but how we choose to use and adopt them. And we have made some very superficial choices in the first generation of these technologies. We labeled this new media as social, which it is not. If it was truly social, there would be no bullying, likes or influencers. There would be dialogue, connection and community where conversations flowed.

As the past president of the Toronto chapter of the International Association of Business Communicators, I saw so much of this play out in the late 90s where the same focus on how communicators can get a seat at the strategic table still takes place. I can use the same slides that I created for keynotes then about how we need more connection, conversations and two-way dialogue. The truth is that no one really wants to be talked at and we need to question where the flow of information and community is taking place.

When TED (Technology, Entertainment and Design) first launched in the 1980s, it was meant to be an idea exchange that sparked a conversation between people. But it ended up becoming an industry where there is a person at the front of the room talking for no more than 10-15 minutes and we listened. Idea exchange meant having an audience inspired and motivated by the speaker and expert at the front of the room.

And as this industry grew, the speaker was coached on how to follow the format and formula of being a successful TED or TEDx speaker: How to speak, how to dress, how to appear professional as we got increasingly obsessed with personal branding.

The talks are meant to spread ideas and give people credibility as thought leaders. But what exchange actually happens when there is an expert in the front of the room? Don’t get me wrong the fact that they offer so many thought-provoking talks openly online is fantastic but the exchange is mostly one way. TED is sitting on a mountain of opportunity to drive meaningful conversations and has only scratched the surface.

And it’s everywhere. Most websites have a Community section and when you click on it you will find an organization’s blog, an invitation to subscribe to their newsletter and sometimes you will find a discussion-type “community” of questions and answers. We have yet to understand the power of meaningful connections and community but it’s coming from us; not the tools or the experts.

When Was the Last Time You Had A Meaningful Conversation?

Up until now, we have been conditioned to be inspired by others when each of us has a story and life to live. We often talk about a TED talk without putting ourselves in the equation of what it means to us. And this is where many of us are right now. We are wanting to own our own power and have meaningful conversations and connections that matter.

There is nothing more beautiful than when we connect heart-to-heart and don’t need to rehearse what we have to say or wait for an opening to make a point. When we are in flow and listen deeply, it allows for an exchange where value matters. No one wants to be saved and no one wants to be talked at.

But we forgot how to have conversations with ourselves and this is where our work truly begins; listening to our own heartbeat and creating meaning. No small talk is required.

Is it time to have a conscious chat and listen deeply? It’s a practice that once we start with ourselves can spread and greatly enhance our lives. No rehearsal or script or audience required; just show up as who you are.